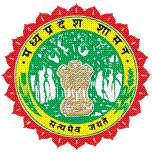 Madhya Pradesh at a Glance

Madhya Pradesh, literally “Central Province”), abbreviated MP, is a state in central India. Its capital is Bhopal, the largest city is Indore and historical capital is Gwalior. Nicknamed the “heart of India” due to its geographical location in India, Madhya Pradesh is the second largest state in the country by area. With over 75 million inhabitants, it is the sixth largest state in India by population. It borders the states of Uttar Pradesh to the northeast, Chhattisgarh to the southeast, Maharashtra to the south, Gujarat to the west, and Rajasthan to the northwest.

The area covered by the present-day Madhya Pradesh includes the area of the ancient Avanti mahajanapada, whose capital Ujjain (also known as Avanti) arose as a major city during the second wave of Indian urbanisation in the sixth century BCE. Subsequently, the region was ruled by the major dynasties of India, including the Mauryans, the Mughals and the Marathas. By the early 18th century, the region was divided into several small kingdoms which were captured by the British and incorporated into Central Provinces and Berar and the Central India Agency. After India’s independence, Madhya Pradesh state was created with Nagpur as its capital: this state included the southern parts of the present-day Madhya Pradesh and north-eastern portion of today’s Maharashtra. In 1956, this state was reorganised and its parts were combined with the states ofMadhya Bharat, Vindhya Pradesh and Bhopal to form the new Madhya Pradesh state with Bhopal as its capital; the Marathi-speaking Vidarbharegion was removed and merged with the then Bombay State. This state was the largest state of India by area until 2000. In 2000, the Chhattisgarhregion was split to create a new state, and Rajasthan became the largest state of India.

Next >> History of Madhya Pradesh