– “In any other Park, You are lucky if you see a tiger. In Bandhavgarh, you are unlucky if you don’t see (at least) one.“ 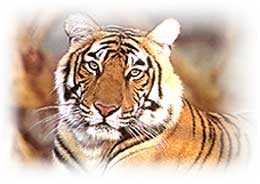 Rivers Johilla and Son flowing on the boundary on the eastern side, river Umrar passing through western fringes and the Bandhavgarh hill, which is visible from as far as 30 km, are some of the landmarks of the Reserve.

The four main zones of the national park are Tala, Magdhi, Khitauli, and Panpatta. Tala is the richest zone in terms of biodiversity, mainly tigers. Together, these four ranges comprise the ‘Core’ of the Bandhavgarh Tiger Reserve constituting a total area of 694 km². The buffer zone is spread over the forest divisions of Umaria and Katni and totals another 437 km². The legal status as a national park dates back to 1968, but was limited only to the present Tala range for a considerable length of time. In 1993 the present scheme of things was put in place.

Road distance from nearest Cities and places is as per the table: ^ Top

The park is open from 1st October till 30th June

Conservation History
The Bandhavgarh Fort, in the centre of the Reserve, on top of the Bandhavgarh hill, was the seat of rulers of Rewa State, until they (Maharaja Vikramaditya Singh)shifted to Rewa town in 1617 A.D. After independence and abolition of the princely States, the process of degradation of forests started due to relaxed control. Maharaja Martand Singh of Rewa, was deeply moved by the destruction of forests. On his proposal an area of 105 sq. km. was declared as National Park in 1965. The area of the park was increased to 448.84 sq. km. in 1982.

Bandhavgarh has been an excellent habitat of tiger and is known for the highest density of tigers in the world. Considering the importance and potentiality of the National park, it was included in the Project Tiger Network in 1993. The adjoining Panpatha Sanctuary too was declared as a part of the Reserve. 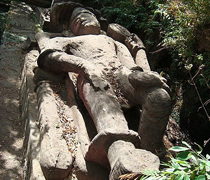 Mythologically the Bandhavgarh fort was built by Lord Ram for his brother Laxman, during Ramayan period. The name Bandhavgarh apparantly comes from the fact that Bandhav means brother and Garh means Fort. There are a number of man made caves (35) in Bandhavgarh with inscriptions and carvings, which date back between about 129-168 A.D. Statues of various incarnations of Lord Vishnu, which were carved out of single rocks are found in the fort. “Sheshshaiya” the statue of lord Vishnu in reclining pose is the biggest of all and attracts every tourist. These statues date back to 10-11th Century A.D.

The Bandhavgarh Fort is a great masterpiece of “Treta Yuga(त्रेता युग )” (one of the ages of mankind in Hinduism) that has been discovered to be the most ancient masterpiece dating before the Christ period through the archeological surveys .

The tourists hitting to Bandhargarh National Park makes a must visit to the fort to find the written proofs of the Bharihas and Vakatak dynasties who ruled over the land in and around the Bandhavgarh region. This region also unveils the history to find the major dynasties that ruled the Bandhavgarh regions including Sengars, the Kalchuris and the Baghels. Out of all the Baghels were believed to rule the regions for the longer period. 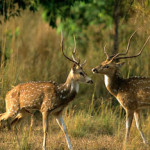 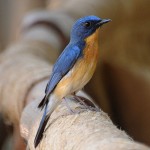