There are 29 States and 6 Union territories in the Union of  India as of June, 2014. Political map of India and a quick snapshot of all states and union territories of India is presented below in tabular form. 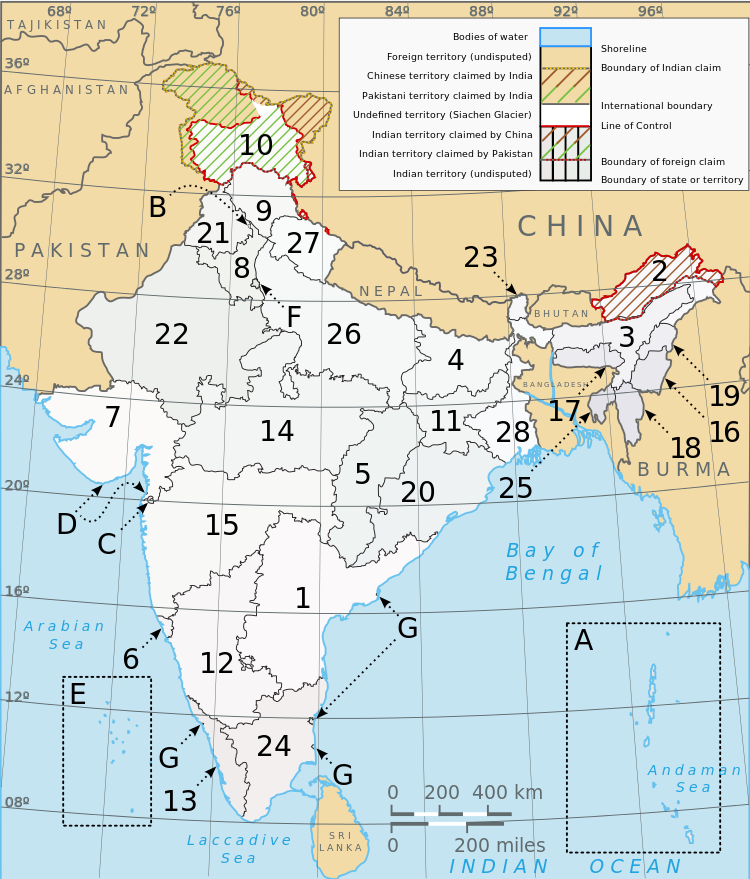 Below is the list of Indian States and Union Territories (UTs) arranged in the alphabetical order. Numbers on map above are mapped to below table.

When India became Independent, an exercise was carried out to abandon British Princely states and provinces and create states based on the language and ethnicity in 1956. Since then many new states have been created and some been merged in the chronology below: