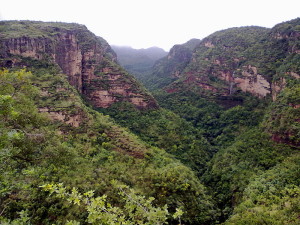 Madhya Pradesh literally means “Central Province”, and is located in the geographic heart of India, between latitude 21°04’N-26.87°N and longitude 74°02′-82°49′ E. The state with an area of 3, 08, 000 sq.km. is the second largest state in India after Rajasthan. It is a part of peninsular plateau of India lying in north central part, whose boundary can be classified in the north by the plains of Ganga-Yamuna, in the west by the Aravali, east by the Chhattisgarh plain and in the south by the Tapti valley and the plateau of Maharashtra.The state straddles the Narmada River, which runs east and west between the Vindhya and Satpura ranges; these ranges and the Narmada are the traditional boundary between the north and south of India. The state is bordered on the west by Gujarat, on the northwest by Rajasthan, on the northeast by Uttar Pradesh, on the east by Chhattisgarh, and on the south by Maharashtra.

The state has been divided into following regions or zones depending upon the physical features:

Based on the River basins, Madhya Pradesh has been divided into 5 river basins as below:

Twelve rivers that originate in M.P. are Narmada(also known as Rewa), Mahi, Chambal, Betwa, Son, Tons, Tapti, ken, Dhasan, Kunwari, Sindh, Paisuni and Baghen. The total length of these rivers in M.P.  is approximately 3956 kms and 553 kms share boundaries with other states. Narmada is the state river of the Madhya Pradesh and originates from Amarkantak valley.

Like most of north India,Madhya Pradesh has a subtropical climate. It has a hot dry summer (April–June), followed by monsoon rains (July–September) and a cool and relatively dry winter. The average rainfall is about 1,370 mm (53.9 in). It decreases from west to east because monsoon wind moves from west to east and drained clouds in western part takes less quantity of water vapours with them to eastern part. The south-western districts have the heaviest rainfall, some places receiving as much as 2,150 mm (84.6 in), while the western and north-western districts receive 1,000 mm (39.4 in) or less. 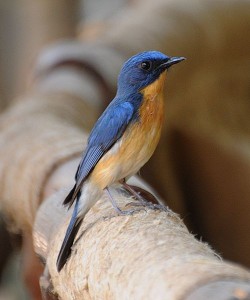 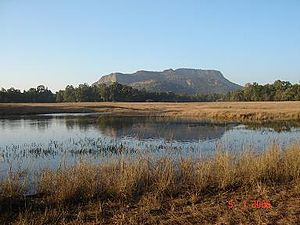 which contain the major urban centers. Variability in climatic brings about significant difference in the forest types of the state.

The major types of soils found in the state are: